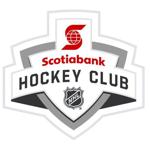 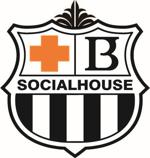 North Vancouver Minor Hockey Association is pleased to announce James Wall as our new Director of Hockey Operations for the upcoming season.  James will work under the direction of the Executive Committee and Board of Directors to lead the development, implementation, and operation of our hockey programs at all levels within the Association and to develop and advance our coaches and players.

James brings a significant background as Director of Hockey Operations for West Vancouver Minor Hockey Association, as a coach for numerous minor hockey and spring hockey development teams, and as a minor hockey and junior level player in BC.  He received a Bachelor of Arts (Honours) from the University of Windsor where he was also involved with the men’s varsity hockey team.  Through his work with WVMHA and BC Spartans, James has been instrumental in building a strong program for player development resulting in numerous team successes, increasing enrolment and retention numbers over the last several minor hockey and spring development seasons, and fostering community engagement through new initiatives.

The Board of Directors for NVMHA is excited to have James join us in our commitment to organizing and delivering quality minor hockey programming for the community of North Vancouver.  His experience, combined with his dedication to the growth and development of minor hockey, make him a great addition to our Association.

James will begin in the role of Director of Hockey Operations effective June 1, 2020.